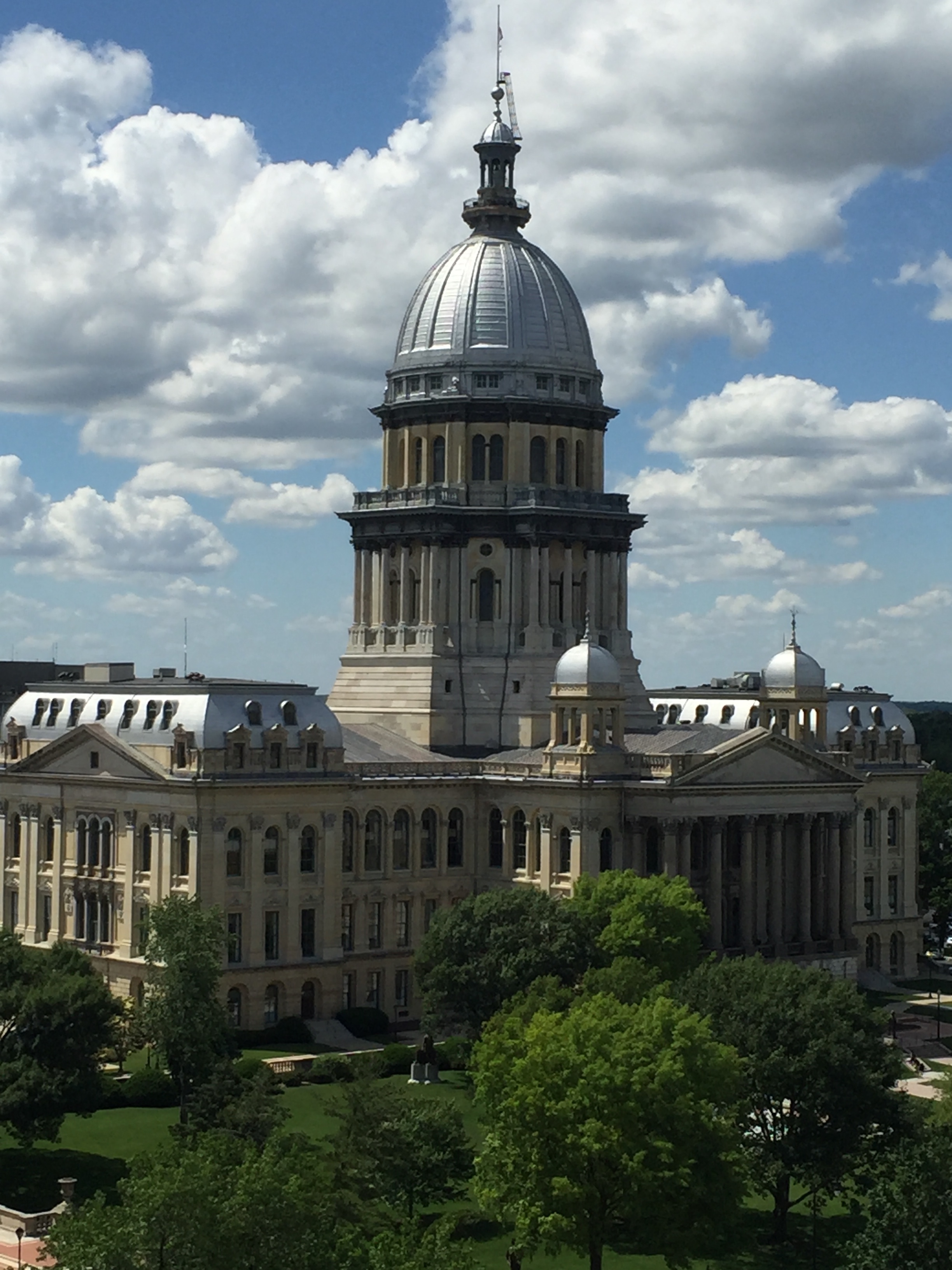 Recently, some of the schools in our area put messages on their marquees to “Pass Illinois Budget.” I’m not sure whether the message was aimed at the public, in hopes they will call their legislators, or aimed at legislators themselves driving by. Either way, I saw it and certainly agree.

In fact, everyone you ask will agree that Illinois needs a budget now. I’ve been telling everyone who will listen how we’re overspending by at least half a billion dollars a month, just from court orders and consent decrees—spending ordered by judges and agreed to by the Attorney General. This has to stop.

It’s like someone who lives paycheck-to-paycheck making $32,000 per year, running up $500 per month in excess credit card spending. That person may be able to get away with overspending for a few months, but after two years, they’re facing $12,000 in credit card debt, with no clear way to pay it off. If you add six zeros to the numbers, that represents your state government. (How the judges could order this overspending, and the Attorney General agree to it, is a subject for another day.)

Despite this, the parties in Springfield are deeply divided on the budget, with the key questions being 1) whether spending should be reduced, 2) whether taxes should be increased, and 3) whether reforms should be made to reduce the cost of government and improve the business climate.

On spending, the Democrats want to spend $41 billion in the next fiscal year. Folks on the Republican side are divided on spending, with some wanting to spend at the current amount of estimated revenue ($31.5 billion or so) and others willing to go up to $36 billion.

On income taxes, the parties have been less specific. There’s a rule of thumb that every increase in the personal income tax of .25% yields about $1 billion in revenue. That means spending $41 billion would require an extra 2.5% over the current 3.75% rate, yielding a state personal income tax rate of 6.25%. Practically, that translates to each Illinois worker giving an extra week and a third of their labor, every year, to pay for increased state government spending. A $36 billion budget level would require an extra 1.25%, yielding a 5% rate, or roughly three more days of labor per worker every year. There are also proposals for small increases in the sales tax, too.

On reforms, there are proposals that could significantly reduce costs for state and local governments and improve our business climate. But, the most significant reforms have been scuttled by the Democrat majorities in the House and Senate, due to vigorous opposition by the public employee unions and other interest groups. Even so, one bright spot that has gained traction is the Republican proposal for a property tax freeze, at least for the next few years. Other less controversial reforms are still being negotiated.

Wallethub.com recently published a study of the states, based on their tax burdens on middle class families, defined as those earning a median income, owning a median home, and spending at the median amount. That study found that Illinois is worst in the country in state and local tax burden on middle class families. Illinois was in the middle of the state rankings for income tax (30th) and sales tax (27th), but our 50th-worst ranking for property taxes dragged our overall rate down to the bottom. Now, if you substitute the proposed 5% income tax rate for our current 3.75% rate, that 30th place income tax ranking falls to 46th, putting us in competition for the worst income taxes in the country—and dragging down our combined tax rate even further.

The genius of the American system is that each of the 50 states is an independent “laboratory of democracy.” Each state competes with all the others for residents and businesses, along with the resources and vitality that they bring. After three straight years of losing residents to other states, we have to “Pass Illinois Budget” right now—a realistic, affordable, and balanced budget that will bring people and jobs back to our state.