Bill to Legalize Raw Milk Passes Out of IL House 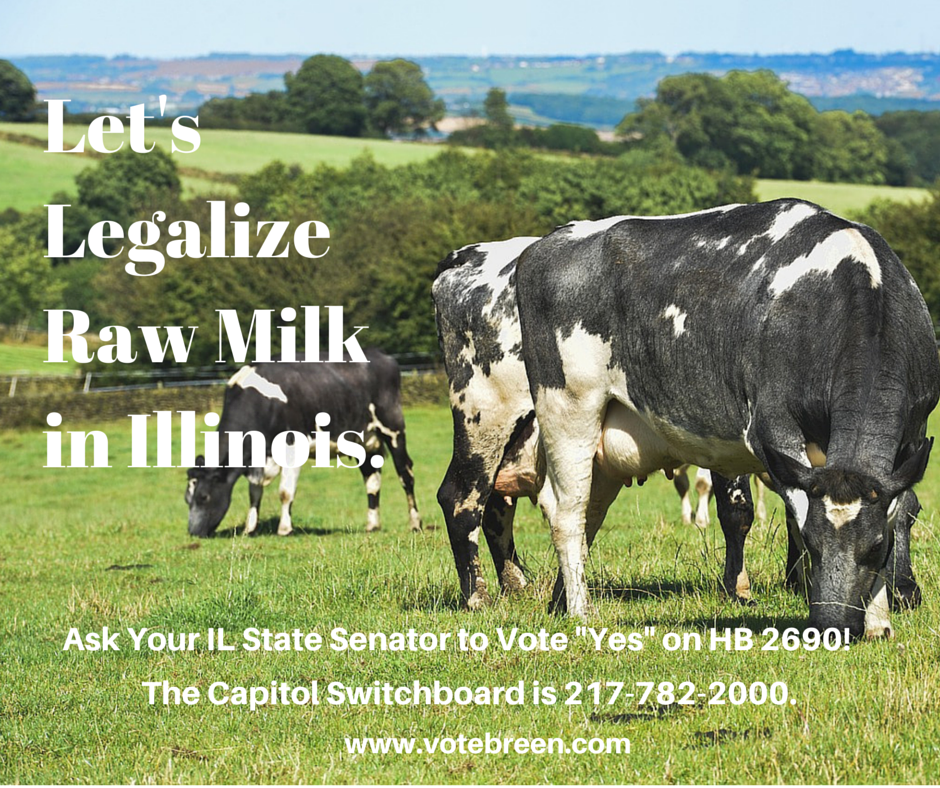 On Friday, Representative Peter Breen passed HB 2690, a bill to allow the sale of unpasteurized milk at Illinois farms, by a unanimous vote of 109-0. Sales of unpasteurized or "raw" milk had been occurring in Illinois under a decades-old statute, but due to more recent changes in state law, raw milk sales had been inadvertently made illegal.

Because current law provides misdemeanor criminal charges for raw milk sale, Illinois residents have been forced into underground transactions to purchase the milk. This legislation would remedy the defect in current law and allow individuals to purchase and sell raw milk in the open.

“This is both a pro-business and pro-freedom initiative," said Breen.  "Consumers and farmers shouldn't be considered criminals for buying and selling unpasteurized milk. Folks drink locally-produced raw milk for a variety of reasons, whether for health reasons, for the taste, or just to support small farmers. We should be promoting wholesome natural alternatives, not criminalizing and condemning them.”

This legislation was strongly supported by the Illinois Stewardship Alliance, which promotes local food production throughout the state. The bill was initially vigorously opposed by some in the public health community. However, after extensive negotiations, Breen secured consent of all interested parties with his fourth amendment to the bill, which became the final version of the measure. The bill now moves to the Illinois Senate.