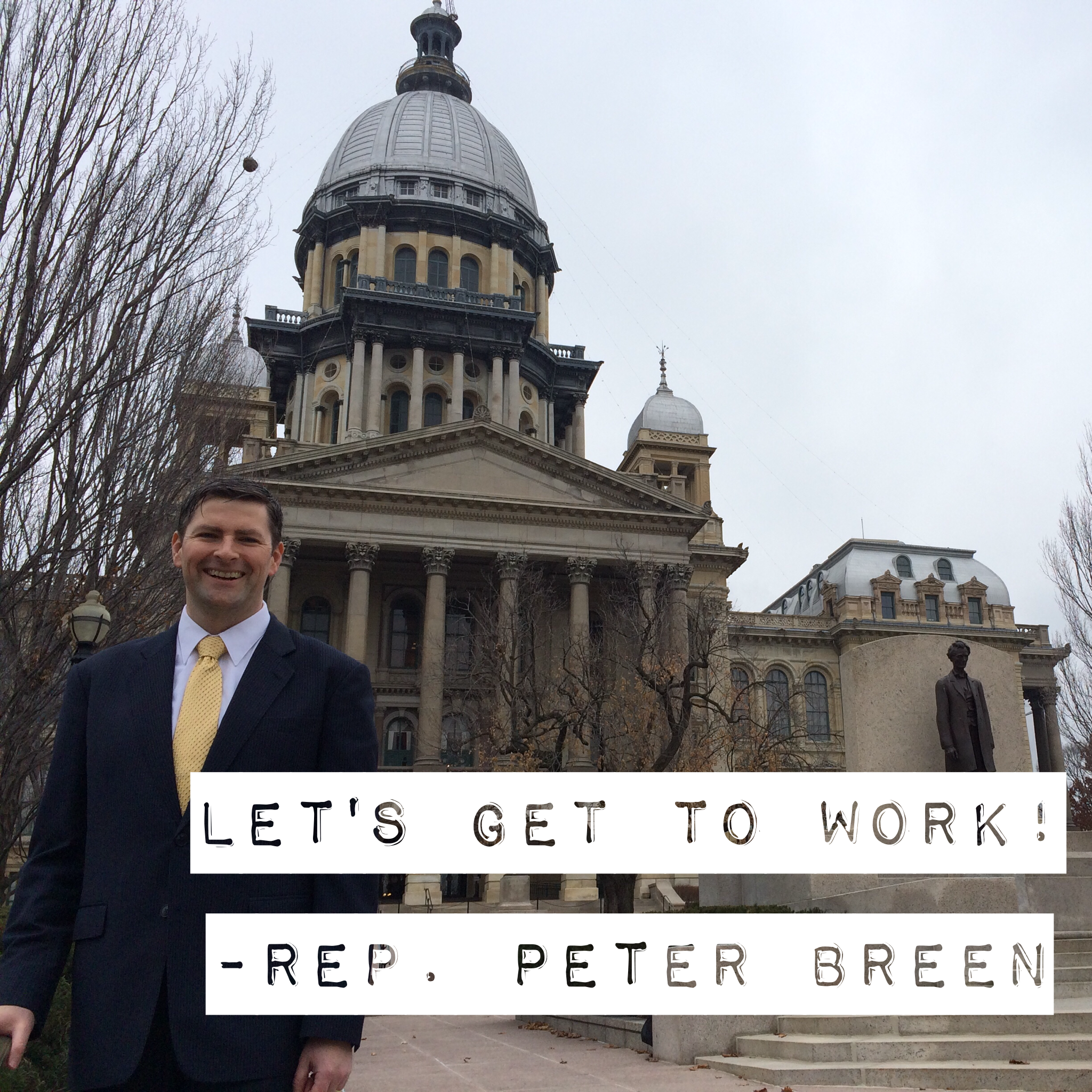 Illinois Turnaround Begins - Turning Illinois around is going to take a lot of work, and that work will be done slowly and deliberately, one step at a time. The first real step was this week, when Speaker Madigan and President Cullerton finally agreed to allow Governor Rauner to fill the $1.6 billion budget hole in the current fiscal year budget. All Republicans voted in favor of the compromise, along with fewer than half of the Democrats.

The shortfall was built into the fiscal year 2015 budget last year, both because the General Assembly deliberately underfunded various items in that budget and because Gov. Quinn instructed his department heads to ignore their budgeted amounts and “spend as much money as you think you need.” I wish I were making this up, but it’s true: those department heads have gone on the record to affirm they were told to ignore the amount of money they’d been budgeted.

This emergency situation had placed at grave risk Illinois’ child care programs, prisons, courts, and services for the mentally ill and developmentally disabled. It wasn’t painless—there were some funds that were swept and temporary cuts that were made—but the Governor will now be able to keep these vital services going through the end of June. After Easter, the General Assembly takes up the full year budget for fiscal year 2016, which begins this July 1. We’ll also start looking at Gov. Rauner’s job creation, government reform, and education reform packages.

“Pulling a Breen” - With all the corruption and mismanagement of the state government, one of the top concerns of our new General Assembly members is whether they’ll be able to “make a difference.” We’re blessed to have a number of highly accomplished people in our freshman class of legislators—these are folks who are used to succeeding in a variety of public and private settings.

Well, the other day, I got a little sign that I’m making a difference, during a hearing of one of the almost 50 committees in the House.

A Democratic representative, from the City of Chicago, was questioning a witness about a bill, and midway through, he said, “I’m doing something I call, ‘pulling a Breen’ … I’m actually reading the bill!”

Reading bills seems like the most normal behavior to me, but apparently it was not the way business has been done in the General Assembly. However, since we’ve got one Republican and one Democrat doing it, the practice is now “bipartisan.” With any luck, we’ll get more folks to read the bills that come before us!

Final bills - This past week was the deadline to bring bills out of committee, with only 13% of all bills being forwarded from committees to the floor. In addition to my bill to restrict government tracking of citizens using license plate readers, two more bills that used the same language as several of my bills made it out of committee: the “Breuder Rule,” which limits excessive community college severance packages in the wake of the scandal of the College of DuPage Board of Trustees awarding the college president an over $750,000 severance, and the “Lombard Model,” which would require the posting of local government salaries and spending online across the state, just like we’ve done in Lombard. Now begins the hard work of gaining the 60 votes necessary to pass these bills out of the House.