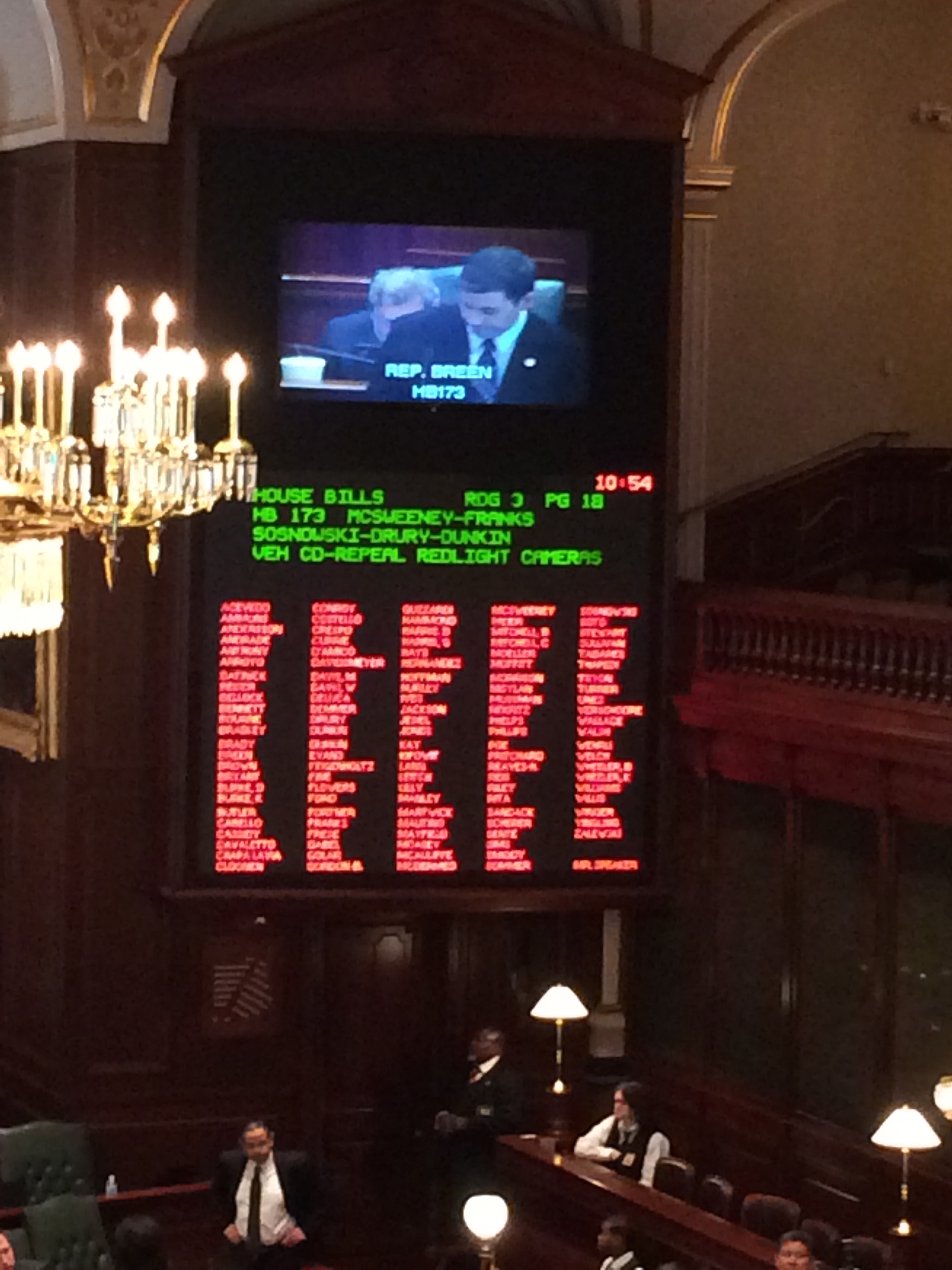 April 25 was the deadline for bills to be passed out of the House for the 2015 session. Imagine hour after hour of debate, where one minute you’re discussing wait times for expunging criminal convictions and the next, appropriate procedures to establish fatherhood for newborns. Mixed in, there were less weighty debates, such as over what the state pie should be. (Illinois is apparently the pumpkin capital of America, so for economic and tourism reasons, the representatives from pumpkin-growing regions of the state prevailed upon the rest of the members to agree that the state pie should be pumpkin pie.)

In addition to the three bills I passed out of the House as chief sponsor, there were several other bills of note that I worked to pass as a cosponsor. We were able to pass a restriction on community college employment contracts—the bill included my “Breuder Rule,” a limit on severance packages, named after the president of the College of DuPage who recently received an outrageous $763,000 severance agreement. We also passed a prohibition on the use of red light cameras in non-home-rule communities. We got rid of these devices in Lombard, and there’s no reason folks in Villa Park, Lisle, and other communities should have to suffer under them, either.

From here forward, the legislative process essentially starts over, with the House taking up the Senate’s bills, and the Senate taking up the House’s bills. Just as the House bills were, the Senate bills will now have to be read three times, pass through committee, and win a 60-vote majority on the House floor. If amendments are made in the House, the Senate bills will then be returned to the Senate for its concurrence with the changes, before being sent to the governor. For bills that are passed without changes, they go directly to the governor, without returning to the Senate. The governor has 60 days from the time a bill is presented to him to either sign or veto the bill. If he does neither, the bill becomes law after those 60 days pass.

I am chief sponsor of 4 more bills that were passed out of the Senate. One of these is a bill to increase penalties for truck drivers and their employers who willfully violate limits on driving time and cause serious traffic accidents. Another is a measure to protect disabled seniors from avaricious individuals who take advantage of those seniors’ disability to pressure the seniors to change their estate plans.

Looming large over the regular movement of bills is the brewing struggle between Governor Bruce Rauner and the Democratic Leaders of the House and Senate. The governor has advocated for substantial reform of government, along with a balanced budget without a tax increase. So far, House Speaker Michael Madigan has publicly indicated a willingness to negotiate with the governor, while Senate President John Cullerton has taken a much harder line against him. There are strong interest groups on both sides of this battle.

We all knew that turning Illinois around would be difficult, and this robust debate is a necessary part of that process. That said, buckle up, because it’s going to be a bumpy ride.