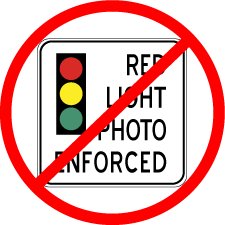 In response to a recent Illinois Department of Transportation (IDOT) decision to allow the Village of Oakbrook Terrace to place a red light camera at the entrance of Oak Brook Center Mall at 22nd Street and Route 83, State Representative Peter Breen (R-Lombard) filed legislation today that would reverse the decision and prohibit a red light camera at that intersection. House Bill 506 is chief co-sponsored by Representatives Patti Bellock (R-Hinsdale), Deb Conroy (D-Villa Park), and David Olsen (R-Downers Grove).

“Red light cameras make intersections more dangerous, and our local residents oppose these devices, which tag unsuspecting motorists with traffic tickets that no police officer on scene would give,” said Breen, a long-time opponent to the cameras. “These cameras are a hidden tax on drivers, to boost government profits at the expense of hardworking Illinoisans. It’s especially unfair that Oakbrook Terrace did this to the detriment of its neighbor, Oak Brook, but the placement of a camera outside Oak Brook Mall will keep shoppers out of the entire area, devastating commerce not just at the mall but at surrounding shopping centers. We don’t need our merchants in DuPage County boycotted, just like happened several years ago in Schaumburg, when that village placed a camera outside Woodfield Mall.”

The intersection is surrounded on three sides by the Village of Oak Brook, which includes Oak Brook Mall within its village borders. Oak Brook has registered its strong disapproval to the move with both the Village of Oakbrook Terrace and IDOT. As approved, the red light camera would affect motorists traveling southbound on Route 83 and eastbound on 22nd Street.

“I applaud Representative Breen and his colleagues for filing legislation that would remedy what we perceive as an inappropriate use of power by IDOT and our neighbors in Oakbrook Terrace,” said Oak Brook Village President Gopal Lalmalani. “It is an issue of fairness, and I am pleased to see both Republicans and Democrats as leading sponsors of the bill.”

In March of 2016, IDOT sent a notice that the red light camera request had been denied, including because sufficient safety concerns had not been established at the intersection, but stated that additional data could be submitted to allow for additional consideration. In May, IDOT reversed the decision and approved the intersection for camera placement, after reviewing a November 2015 video of the intersection that detailed a single 24-hour period.

The IDOT permit was issued on October 28, and states that installation must take place within 180 days. With the clock ticking, Breen said he will push for his legislation to move swiftly through the legislative process so the red light camera is not installed.

oak brook oakbrook terrace red light cameras
Do you like this post?
Tweet
P.O. Box 76 • Lombard, IL 60148-0076 • (630) 474-1209 • Email: info@votebreen.com
Paid for by Friends of Peter Breen. A copy of our report filed with the State Board of Elections is (or will be) available on the Board’s official website (www.elections.il.gov) or for purchase from the State Board of Elections, Springfield, Illinois.