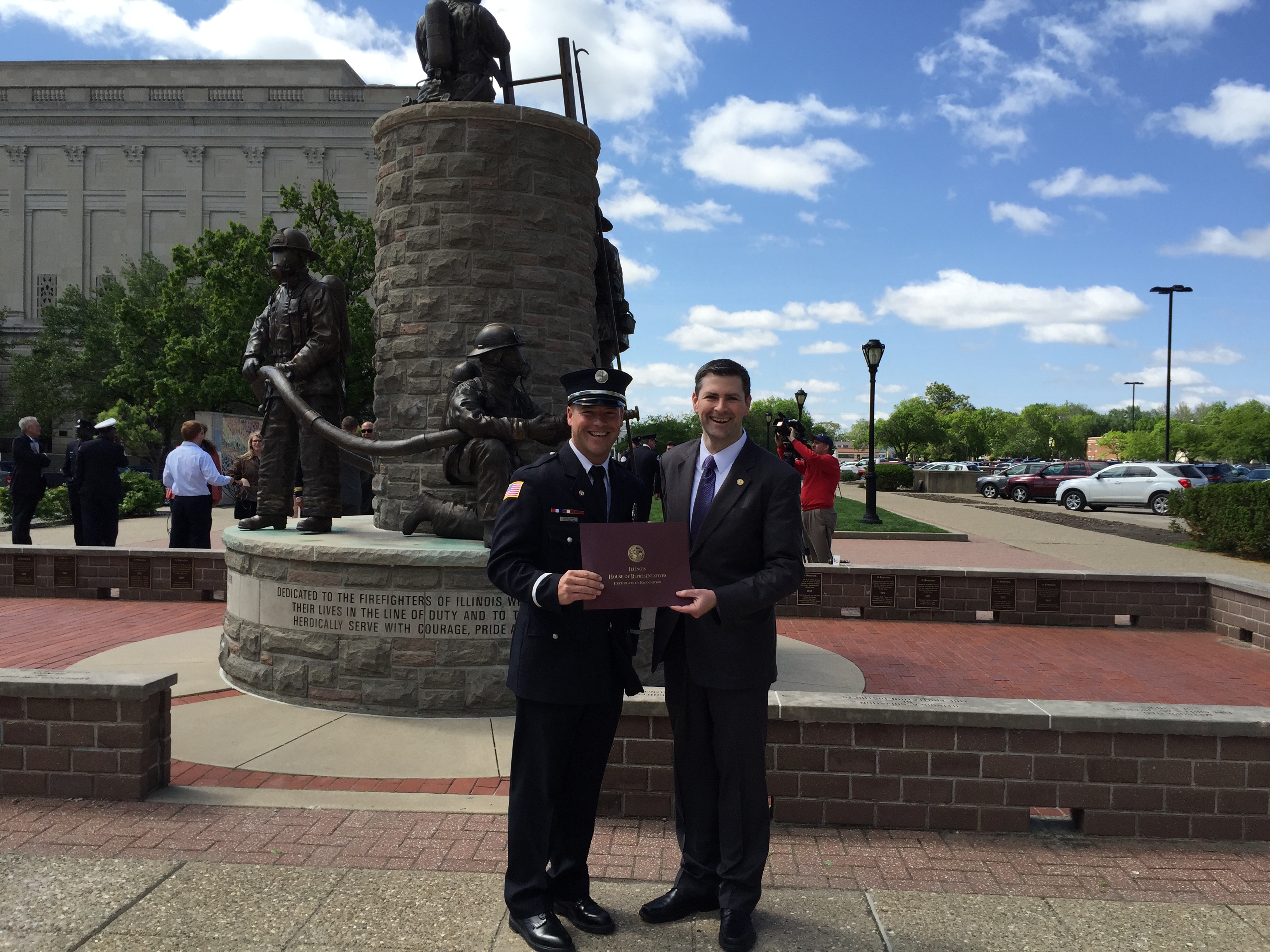 On Tuesday, May 12, 2015, Governor Rauner, the Acting State Fire Marshall Matt Perez, the Illinois General Assembly and other officials honored firefighters who died in the line of duty and 39 other firefighters for bravery and service to their communities during the 22nd annual Illinois Fallen Firefighter Memorial and Firefighter Medal of Honor Awards Ceremony. Rep. Breen presented an Illinois House Certificate of Recognition to Firefighter Christopher Guare from the Glen Ellyn Volunteer Fire Company who achieved the Medal of Honor award, the highest award given to firefighters by the State of Illinois. Guare was one of seven firefighters who were selected for their acts of outstanding heroism, by which they demonstrated selflessness and personal courage above and beyond the call of duty, under adverse conditions, with the possibility of extreme personal risk.