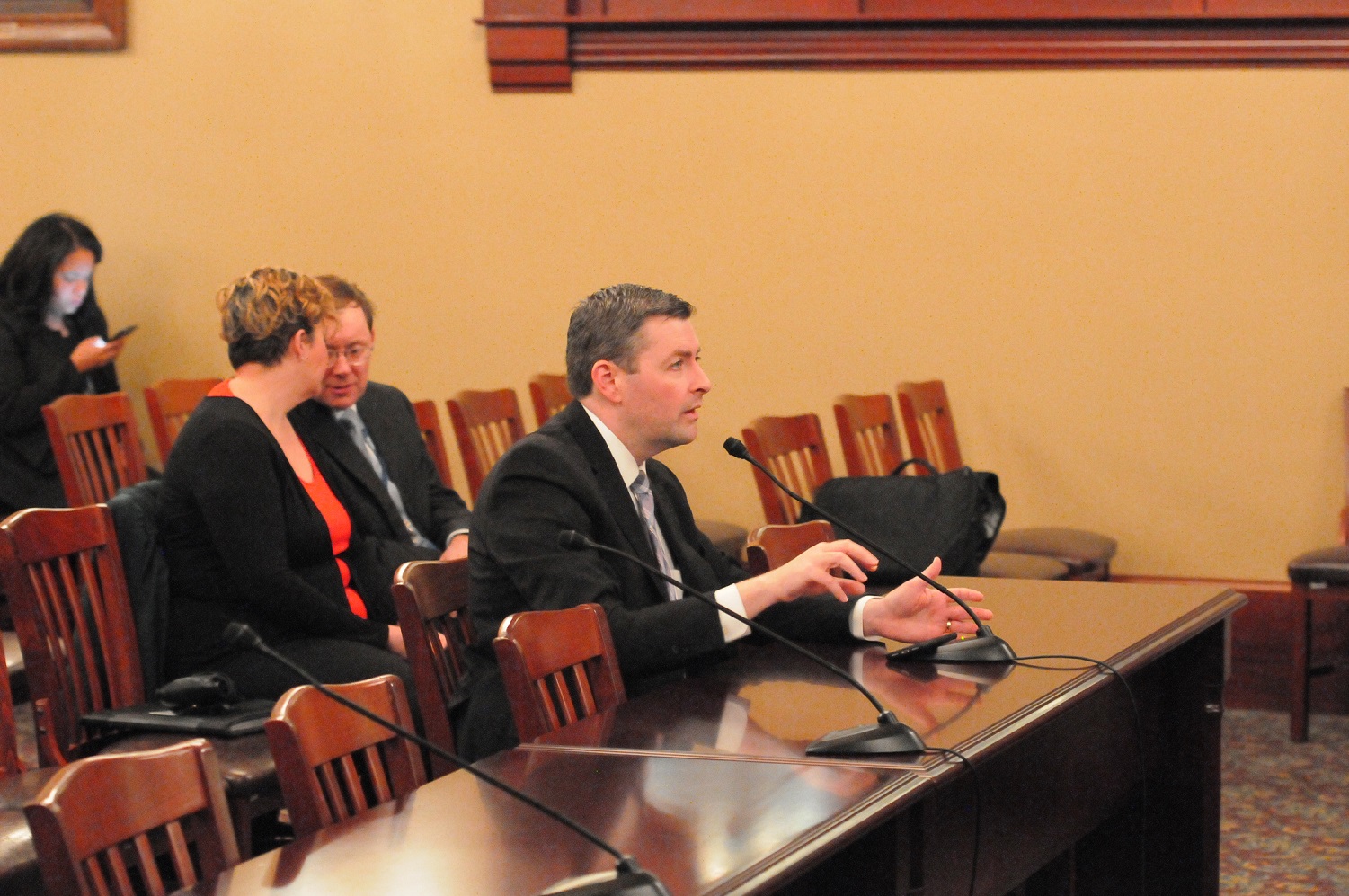 This year, Rep. Breen's legislative agenda includes 21 House Bills and 1 House Resolution. These bills represent a variety of topics aimed at protecting taxpayers, reducing fees, improving government transparency and addressing fraud and abuse of state systems. His first bill of 2018, HB 4789, recently received a unanimous recommendation for approval from the House of Representatives’ Elementary & Secondary Education- Licensing, Administration & Oversight committee. HB 4789 would have a major impact on our educational administrative spending, which is two to three times the national average. HB 4789 would amend our current outdated administrative cost cap law to instead require school districts to (1) reduce their administrative expenses to the national average, a reduction in the hundreds of millions of dollars and (2) cap annual increases thereafter to the lesser of the consumer price index or 5%, instead of the current flat 5% increase. This measure would have a multi-billion-dollar impact on our educational system over the next ten years and ensure that more school funds go into the classroom, not to administration, or be returned to residents in the form of lower property taxes.

Other bills included in Breen's 2018 agenda include:

HB 4372 Prohibits the Illinois Department of Transportation (IDOT) from approving any red light camera installation until the requesting municipality or county provides proof that a significant increase in public safety will result from the use of the automated traffic law enforcement system.

HB 4374 Extends the period of time that a driver’s license is valid by providing that licenses expire after eight years rather than four years, as allowed under the enhanced requirements of the federal “REAL ID” law, and provides that the Secretary of State will reexamine every licensed driver every 16 years rather than every eight years.

HB 4376 Removes the current bar forbidding parents from using their Illinois Bright Start program funds (529 Plan) for the cost of K-12 parochial or private schools. Federal law was changed at the end of last year to allow this use of 529 funds, but Illinois law forbids it. HB 4376 also provides for a rollover of 529 plan funds into an Achieving a Better Life Experience (ABLE) account to help individuals living with significant disabilities.

HB 4506 Revises and salvages the Illinois stalking law, which was recently struck down in major part as unconstitutional under the First Amendment by the Illinois Supreme Court, and ensures legal protections for victims while minimizing future constitutional challenges.

HB 4563 Provides a way for Illinoisans to avoid the $10k federal state-and-local-tax (“SALT”) deduction limit in the new federal tax law, by giving credits to those who make contributions to public school foundations, whether school districts or public universities, based on the model set up in the Invest in Kids Act giving credits for contributions to scholarship funds for poor children in failing schools to attend parochial and private schools.

HB 4711 Cleans up the Counties Code and Municipal Code to ensure that neighbors bringing lawsuits against a zoning or building code violator sues the correct parties, avoiding local tax dollars being used for unnecessary lawyer costs and fees.

HB 4925 With regard to laws governing concussion protocol during an interscholastic athletic activity, provides that the term "physician" includes a chiropractic physician licensed under the Medical Practice Act of 1987.

HB 5050 Reduces the cost of worker’s compensation insurance in Illinois, which is the worst in the Midwest, by clarifying that worker’s compensation benefits for certain shoulder injuries should not extend beyond 253 weeks, with a total compensation limit of 500 weeks applying to all injuries. Also requires that compensation decisions be based upon the most current edition of the American Medical Association's "Guides to the Evaluation of Permanent Impairment."

HB 5054 Requires a consistent speed limit of 70 m.p.h. on all Illinois tollways, with the exception of I-294, which is due for reconstruction. The bill would also require permission by the General Assembly’s Joint Commission on Administrative Rules (JCAR) to post limits below 70 m.p.h. on those tollways.

HB 5171 Requires the benefit of $100,000—the current maximum benefit available at the Illinois Court of Claims—be expeditiously adjudicated and paid to the surviving spouse or next of kin of any person who dies of pneumonia caused by waterborne bacteria (Legionnaires Disease) while living at one of Illinois’ veterans’ homes. Currently, family members who are clearly entitled to this benefit are having to wait years for their compensation.

HB 5234 Adds email to the list of methods by which parties involved in court cases can be served or notified of decisions.

HB 5236 Limits the filing fee for judicial review of a red light camera ticket to no more than $20.

HB 5237 In the current law that prohibits the issuance or renewal of a license to sell alcoholic liquor within 100 feet of a church, school or hospital, removes a provision excluding the City of Chicago from an exemption to the prohibition for hotels offering restaurant service, regularly organized clubs, or to restaurants, food shops, or other places where sale of alcoholic liquors is not the principal business.

Legislation
Do you like this post?
Tweet
P.O. Box 76 • Lombard, IL 60148-0076 • (630) 474-1209 • Email: info@votebreen.com
Paid for by Friends of Peter Breen. A copy of our report filed with the State Board of Elections is (or will be) available on the Board’s official website (www.elections.il.gov) or for purchase from the State Board of Elections, Springfield, Illinois.