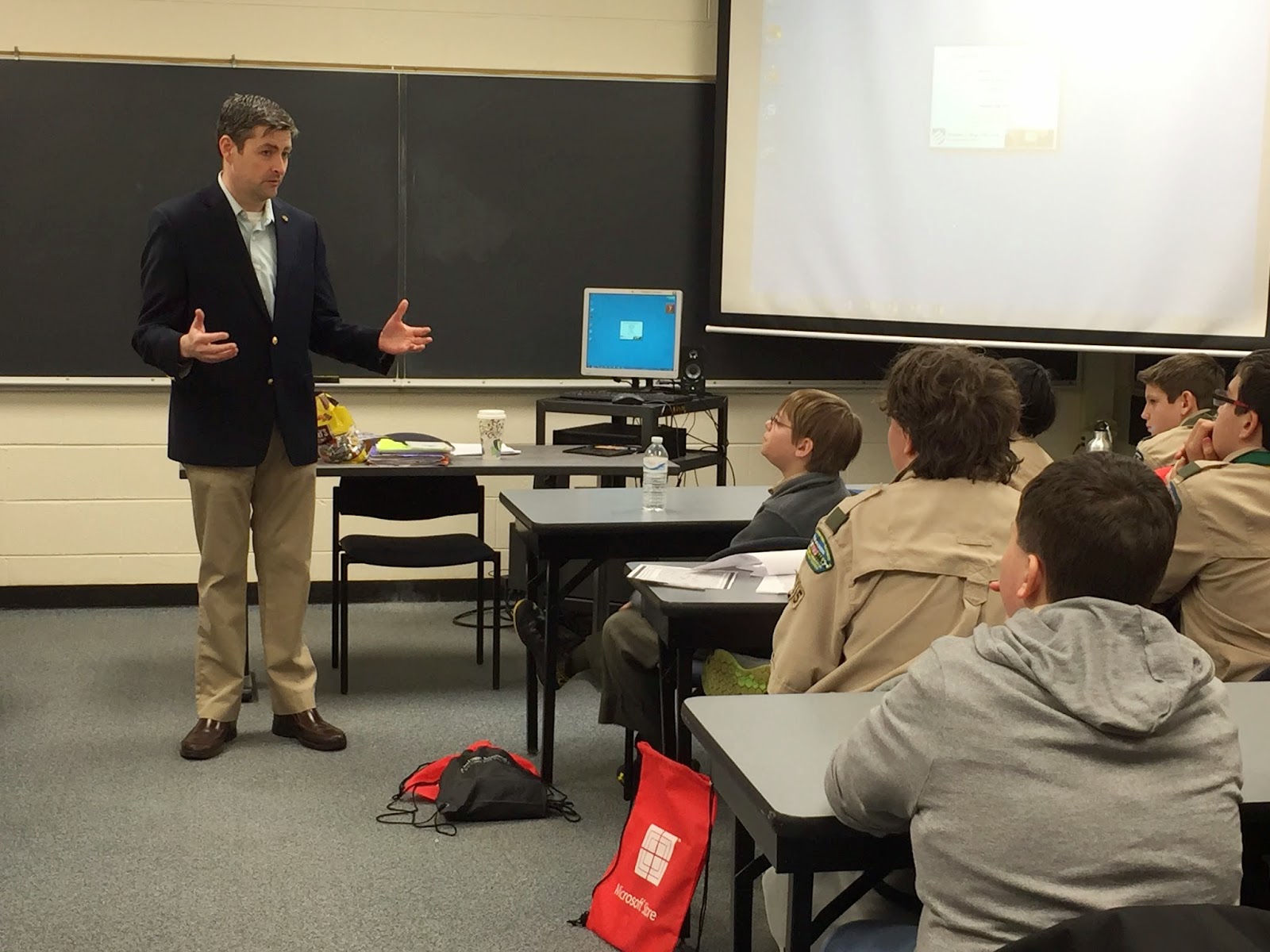 Representative Peter Breen (R-Lombard) participated in the Potawatomi Trails’  18th annual Boy Scouts Merit Badge University that was held at both Elmhurst College and York High School on March 7. His dynamic presentation to the young men focused on government, the work Breen does for the 48th District as State Representative and how much of what they learn as Boy Scouts can be used to influence public policy as a citizen.

Rep. Breen said, “the door-to-door fundraising that they do as scouts is good training for a future in politics. My experiences as a Boy Scout were fundamental to my entrance into politics and public service. I was impressed by the character and knowledge of these young men.”

The two classes of Scouts that Rep. Breen addressed are currently working to earn their “Citizenship in the Community” merit badge, and were eager to meet Representative Breen: a local leader who could give them insight into what it takes to be a good citizen in the community. Earning this badge is an integral part in the Boy Scouts’ education; and with the help of Rep. Breen, they learned how important it is for them to be involved in their communities.

Governor Bruce Rauner kicked off the day with some brief remarks. This local scouting event has grown from about 100 scouts to over 2000 attendees at one of the largest gatherings of scouts in the country, with young men coming as far as California.

The Boy Scouts are important to Rep. Breen, and being able to speak to these young men was an honor for Breen, who is an Eagle Scout himself.