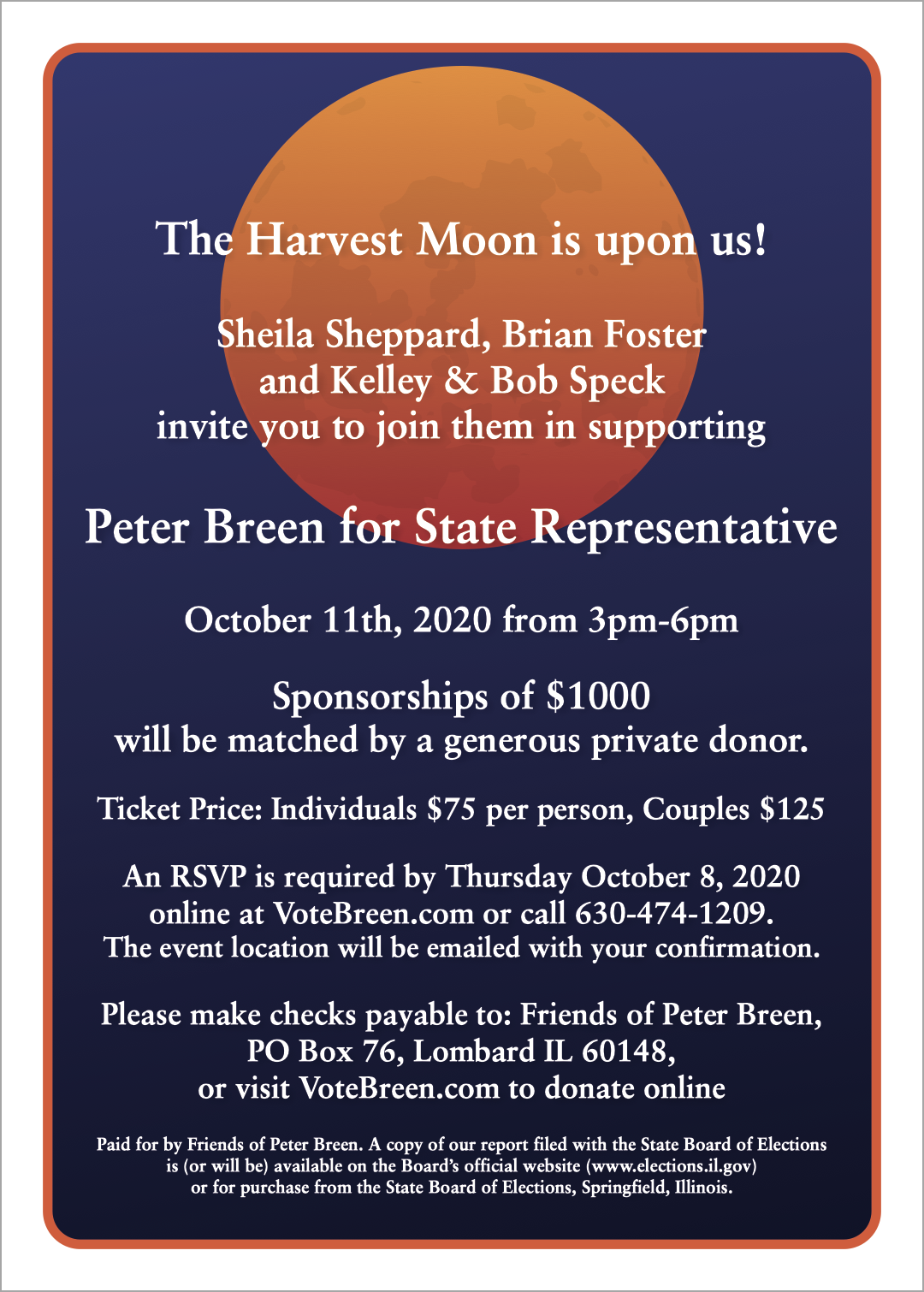 In 2 terms, Rep. Breen passed 32 bipartisan bills into law, more than any other first- or second-term legislator. He's fighting to grow Illinois jobs, reduce the crushing tax and fee burden on our residents, and uproot the special interests that have overtaken our state.

As House GOP Floor Leader, Peter was the Lead Debater against the agenda of Mike Madigan and his cronies in the General Assembly. Madigan and a host of hard-left liberal groups are spending big bucks to try to stop Peter in his mission to clean up Springfield.